The Platelet Society is delighted to announce Professor Jeremy Pearson FMedSci MBE as the newly appointed Chair of Trustees.

Jeremy brings a wealth of experience to our Trustee board and we are very much looking forward to working with him. Jeremy’s role as Chair, will be to raise the profile of the Society in the community, to support its fund raising activities, and to oversee Governance.

Jeremy’s research career has been as an endothelial cell biologist, with particular interest in understanding the intracellular signalling pathways controlling the secretion or surface expression of endothelial cell molecules that control vascular tone and permeability, blood coagulation, and leukocyte and platelet function.

Jeremy led research teams at the Babraham Institute in Cambridge, and then the MRC Clinical Research Centre in Harrow before moving to King’s College London (KCL) in 1991, where he became the UK’s first Professor of Vascular Biology.  Jeremy was elected as a Fellow of the Academy of Medical Sciences in 2004, an Honorary Fellow of the Royal College of Physicians in 2006, and awarded an MBE for services to medical research in the 2020 New Year’s Honours list.

In 2002 Jeremy joined the British Heart Foundation as Associate Medical Director, initially part-time but full-time from 2010, retaining an Emeritus chair at KCL.

Jeremy has been an executive committee or working group member for a series of professional societies during his career (including the European Thrombosis Research Organisation and the British Society of Haemostasis & Thrombosis).  Jeremy was a Council member of the Association of Medical Research Charities from 2012-18, and he has extensive trustee board experience, Jeremy is currently also the Chair of the Trustee Boards of Scleroderma & Raynaud’s UK and Understanding Animal Research.

Jeremy will take over as Chair of the Trustees with immediate effect.  The Platelet Society would like to convey our sincerest thanks to Dr Sarah Jones, the interim Chair, for her organisation through a successful period of establishment and development of the Society. 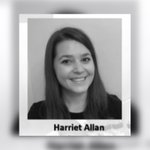 Welcome to #ClotChat a new series where Platelet Society members @AmandaUnsworth1 and @Dr_KTaylor dive into our member’s science. Look out for exciting science, topical discussions and tips for success. Please share

Jobs alert: The Platelet Program within Skip Brass’s lab at the Perelman School of Medicine/University of Pennsylvania, has 2 Post-Doc Scholar positions for NIH-funded studies on platelet & vascular biology available immediately; info on how to apply:
https://t.co/PmrDAjuiXC

The abstract submission deadline is fast approaching for the @plateletsociety virtual meeting hosted by @alan_gs_harper @KeeleUniversity! It’s sure to be a fantastic meeting! Submit your abstracts by 25th January.

All the info can be found on our webpage: https://t.co/tDFttTe2Qt 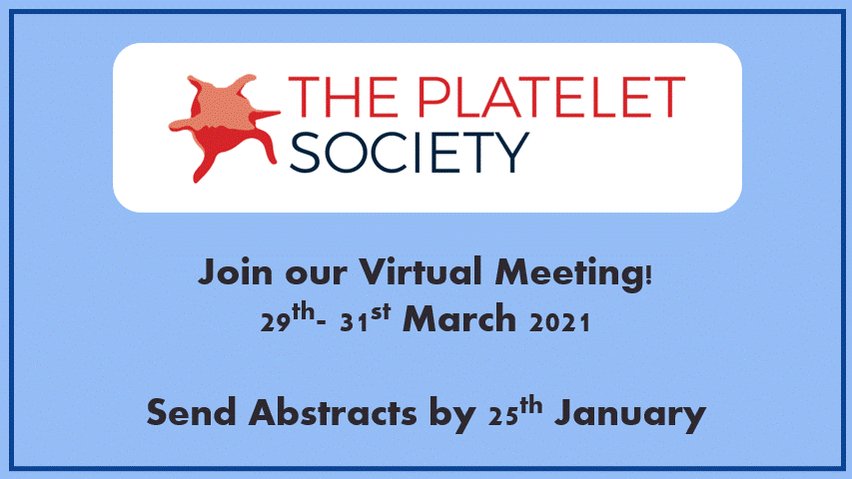 Did you know we have a YouTube channel? Check out our videos, including our new #ClotChat series, which features a peek into our members’ science and topical discussions.

It's almost time for us to launch Series 1 of Clot Chat – interviews and discussions with members of the Society. Look out for exciting science, topical discussions and tips for success.

Watch the trailer on our Society website (link below), and head over to Clot Chat and get ready for our 1st video, an interview with Harriet Allen, launching during this week!
plateletsociety.co.uk/news/clot-chat-series-1-trailer-launched/ ... See MoreSee Less

A final reminder that abstract submission for the 2nd Meeting of the Platelet Society will close at the end of Monday 25th January. Thank you to everyone who has submitted an abstract so far. You can find details of how to prepare and submit your abstracts here: plateletsociety.co.uk/keele-2021/. We are looking forward to hearing about lots of great platelet science.

The Platelets journal www.tandfonline.com/loi/iplt20 has kindly agreed to publish all abstracts. You can confirm your interest (or not) on the abstract submission form. We will contact any authors who were unsure after abstract scoring.

Keele conferencing has purchased the interactive Re-Attendance online platform, so we will be working with them to help create an interactive event, alongside an array of fantastic prize and plenary speakers.

We look forward to your attendance! ... See MoreSee Less

Exciting news! 🎉🎉
We are pleased to announce an incredible line up of plenary talks from none other than Prof Anirban Sen Gupta, Drs Kellie Machlus and Nicola Mutch!
Find out more here: plateletsociety.co.uk/keele-2021/

Submit your abstracts today! The abstract submission deadline is now **Monday 25th January**. Submit via the meeting page link above.

The Platelet Society is at Keele University.

We invite you to attend the 2nd Platelet Society Meeting and Early Career Researcher (ECR) Meeting, to be held online in March 2021.

Registration for the meeting will open on the 10th January 2021. We expect registration fees to be £45 for Early Career Researcher Members; £60 for regular members and £100 for non-members. New members can also join via the Platelet Society website.

We hope to welcome you to our virtual Keele event next year!

Please email keeleplateletmeeting@gmail.com if you have any questions or queries. ... See MoreSee Less

Is there no end to your talents. Your an actrynow! 😍

Find out the latest information on the event, and exciting news about confirmed speakers: plateletsociety.co.uk/keele-2021/