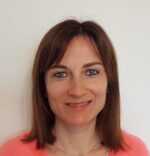 What countries have you lived and worked in, and what jobs/roles have you had?

I am Italian and lived in Italy until I was 31, when I submitted my PhD thesis in Vascular Biology and Pathophysiology to the University of Perugia. I moved to Boston in 2009 to join Professor Denisa Wagner’s lab at Harvard Medical School, where I worked as Postdoctoral Researcher investigating new approaches for thrombolysis. In 2012 I moved back to Europe, precisely Spain where I worked for 5 months as Postdoctoral Researcher at the Centro Nacional de Investigaciones Cardiovasculares, acquiring skills to study angiogenesis. While in Madrid, I contacted Professor Jon Gibbins at the University of Reading and he offered me a position to join his lab working on an exciting MRC-funded project on the role of thiol isomerases in thrombosis, so I moved to the UK in June 2012. After spending 4 years in Reading, I moved to London in 2016 to work in Professor Tim Warner’s lab working on a BHF-funded research project aimed at profiling platelet and vascular eicosanoids and their link to thrombosis. Upon completion of this project, I spent 3 months as visiting scientist at the KU Leuven, in Belgium, learning techniques to study Neutrophil Extracellular Trap formation in the blood. So, I lived in 5 different countries: Italy, US, Spain, UK and Belgium.

How did you find your jobs abroad?

Working abroad has been an incredible experience, it helped me to acquire new skills and shape the way I think about science, but it also helped me grow as a person. I learned two languages: English and Spanish and some words of Dutch too! Moreover, I travelled a lot and got to know different cultures, including arts, music, food, etc. Most importantly, I made lifelong friends who are like family to me.

What made you want to work abroad?

I wanted to work abroad to be able to interact with the top scientists in the Vascular Biology field and learn cutting edge techniques. In Harvard I worked with Denisa Wagner, who is an incredible scientist, and she taught me how to look at a science not only from the single point of view of the basic researcher, but to put scientific questions in the context of their clinical meaning and translational potential. Another reason why I wanted to work abroad, is because, since I was a teenager, I have always been fascinated and curious about people from other countries who came to visit/live in my own town, Isernia, in the central south of Italy. I used the limited English I knew then to chat with them and understand more about the country they were coming from. This curiosity grew over the years and, becoming a scientist and travelling around countries for conferences, convinced me that I wanted to spend some time abroad, possibly in a cosmopolitan city and live in touch with other cultures.

How did the research environment vary between countries?

The research environment is different across countries. In Italy I had the luck to work with inspiring scientists such as Giovanni de Gaetano, Chiara Cerletti and Paolo Gresele. They are among the pioneers of Platelet and Haematology Research in Italy with a total dedication to research. They really ignited in me the love for science, my critical thinking and the ability to generate novel ideas leading to high quality research, notwithstanding the technical limitations encountered sometimes in Italian labs, due to lack of adequate research fundings. In the US there is an advanced technological approach to science, with the availability of cutting-edge techniques that were not accessible in the Italian laboratories where I worked as a PhD student. The underlying motto of their work attitude is “just do it!” which motivated me to try things, even when I was not sure if they were going to work. However, I also found the CNIC in Madrid and both the University of Reading and Queen Mary University of London, where I worked in the UK, as very innovative and competitive environments, where top-quality research in the cardiovascular field is produced. KU Leuven in Belgium is a university founded in 1425 with a long tradition in cardiovascular research, I really enjoyed my time there because not only I had access to a range of facilities to perform my experiments, but I also had and I am benefitting, from collaboration with clinicians who allow a ‘bench to bedside’ translational approach to my research.

What has been your favourite thing about working abroad?

My favourite thing about working abroad was to experience an international environment and to meet very different people. Every person I met, in one way or another, has taught me something important and enriched my life. I also enjoyed the fact that I could try different cuisine and new food.

Have you faced any challenges whilst working abroad?

The biggest challenge for me was to live far from my family and, especially at the beginning, the language barrier.

Do you have any advice for ECR members thinking about moving abroad?

The most important thing is to embrace everything as a positive challenge, as it allows you to learn new things and broaden your horizons. It is also important, from the beginning, to try to integrate with the culture as much as possible.

Would you recommend working abroad to ECR members?

I strongly encourage people to move abroad, it is an important step for your life and career.